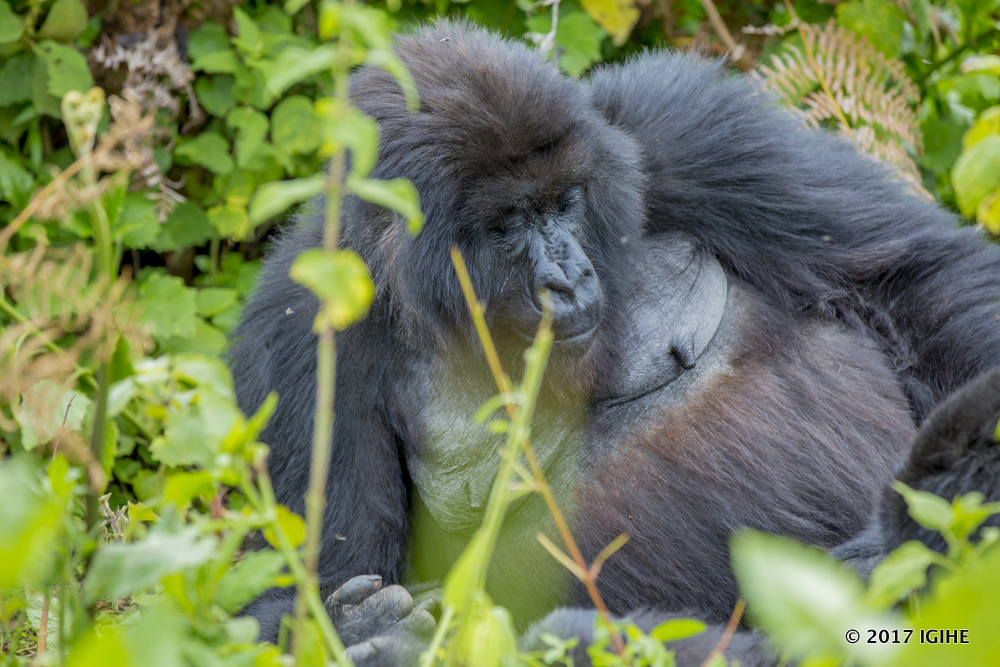 The Rwanda Development Board today receives a 27.8-hectare property from AWF (African Wildlife Fund) to be incorporated in the Volcanoes National Park in a handover ceremony in Kinigi, Northern Province. This property adds to the 16,000 hectares that had formerly comprised the national park.

Home of the critically endangered Mountain Gorilla, the Volcanoes National Park has decreased by 54% since its establishment in 1925. Due to conservation efforts by the Government of Rwanda, as well as its conservation partners, mountain gorilla numbers are recovering. The population has increased from a low of 285 in 1978 to 480 in 2010. Between 2003 and 2010, gorilla numbers have increased by 26.3%. This represents an annual growth rate of 3.7%. The increase in the mountain gorilla population has led to a major challenge, adequate habitat.

Recognizing the need for additional land, the Chief Executive Officer of the Rwanda Development Board, Clare Akamanzi, expressed her appreciation to African Wildlife Foundation for the land donation.

In addition, in partnership with fellow conservationists, over 700 community-based projects providing housing, schools, health clinics, water tanks have been provided for the communities living in the twelve sectors and four districts surrounding Volcanoes National Park”, she said.

AWF President Kaddu Sebunya said Rwanda had distinguished itself as a leader in conservation following the most remarkable great ape recovery.

“I am excited by the great strides Rwanda is taking to develop its natural heritage sustainably and guarantee long-term socio-economic stability for its people. Through proactive government policies, community involvement and open governance, Rwanda is demonstrating that development and conservation are not mutually exclusive. Such a win-win approach to conservation suggests that there is nothing inevitable about conservation challenges in Africa today,” Kaddu said.

He said Rwanda and RDB had provided a template for sustainable development.

“With support from the Annenburg Foundation, AWF bought 27.8 hectares of land directly adjacent to the Park to donate to the Government of Rwanda to be incorporated into the Volcanoes National Park. AWF recognizes that if mountain gorillas are going to survive in the long-term, this park must be strategically protected and we are committed to supporting RDB in this endeavour,” he said.

2 thoughts on “Love advice from experts”

We are a local tour operator based in Kigali. We provide private tours for our travelers in Rwanda and Uganda.